Way back when…in fact 10 years ago to be exact, someone created bitcoin, or was it the blockchain?  I am not really sure which came first.

On that day, no one (or very few) knew what either was, but safe to say, it spawned a whole culture of digital currency enthusiasts who along the way developed not only a brand new currency out of nothing, but also a brand a new language to go with it.

No one knew what blockchain was, or knew that mining had nothing to do with coal but coins. They called it cryptocurrency – like cryptonite (as in Superman’s Achilles’ heel).  They were stored in wallets, but the wallets were not like the one’s your grandfather carried around.   Maybe some of the words were not new, but they definitely had new meaning.

Those same people obsessed with the idea of breaking away from fiat currencies, and taxes and government regulation, and manipulation and unlimited supply of currency.  Blockchain would have none of that. Moreover, there would only be 21 million of the Bitcoins. I am still not sure the supply impact from other cryptocurrencies like Ethereum, or Ripple,or Litecoin, but Bitcoins supply would be defined and limited.

Those same people….well miners…. invested in nvidia chip powered computers that solved algorithms that required so much electricity, and generated so much heat that “miners” based their operations near hydro electric plants where electricity was cheapest, and in cold environments. The colder the better as the chips processing power, could heat a small town (I made that up). 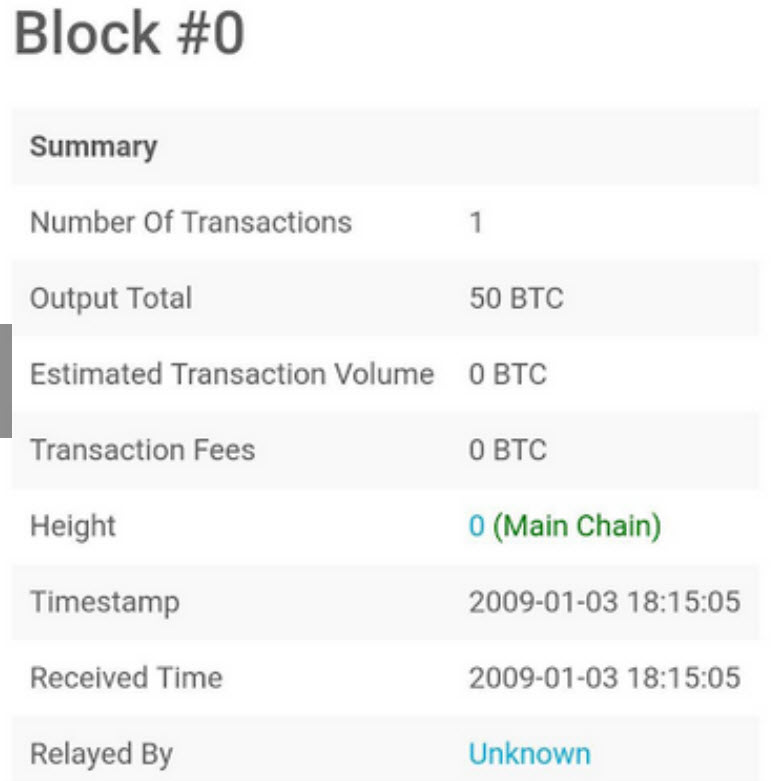 Anyway, on January 3, 2009, Block #0 was transacted for 50 BTC. It was received into the blockchain and timestamped at 18:15:05.  There was no commission.  There was no market at the time either. That would come later when “The story of Bitcoin” was told in every newspaper, in every magazine, and on every business news station. The marketing/hype engine went into full effect.  That story began in earnest in 2017 and the price that year went from $734 low, to a high of $19,891 during the week of December 17th, 2017.  WOW!!!

What happens when all the Bitcoin are mined and there is a pile of computers with nothing else to do?  (sell your nvidia stock?)

I don’t know.  Maybe, the hype engine begins again for the second coming of Bitcoin and this one is the Big Bang.   The price – like any price in a market – is solely defined by the buyers and the sellers.   As long as there is a willing buyer and a willing seller, the price can go anywhere.  It can go to infinity and beyond -especially with no new supply (PS.  That might be how the story goes. I really don’t know) 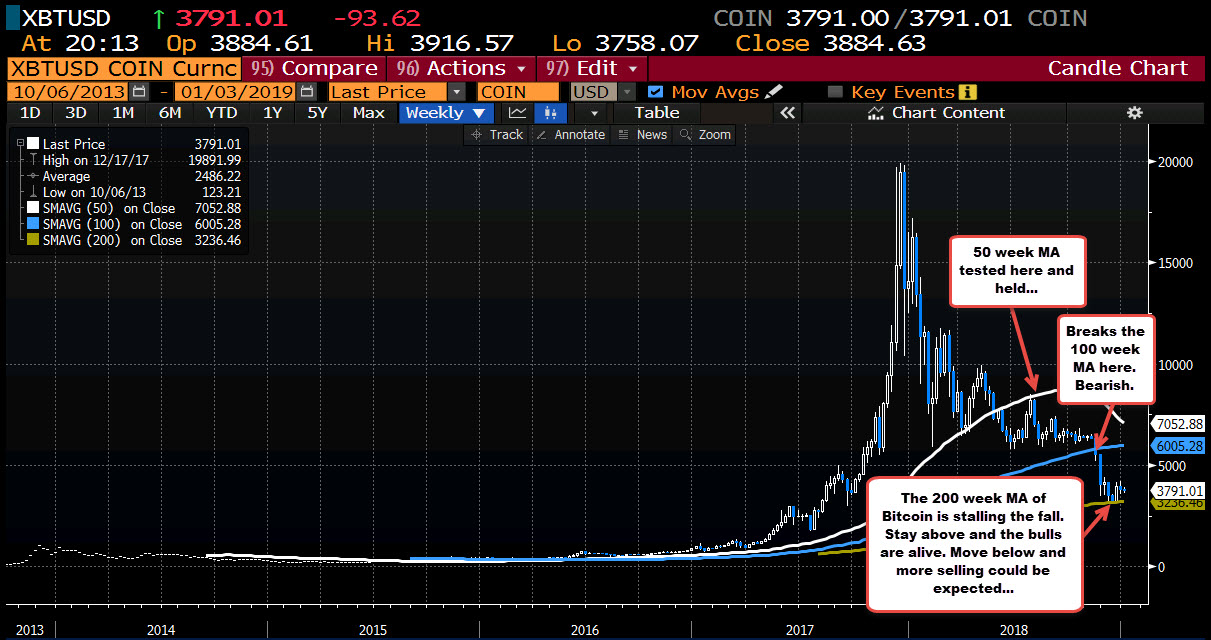 For me, the story is a bit convoluted and can be hard to believe. Nevertheless, I do know that there is a price, and a market (unless it is regulated away which it may be).  That price can be charted and tools can be applied (see weekly chart above from the Coinbase price feed).  Traders who don’t “get” the story or don’t know where to begin to mine a coin, can still look at a chart and execute a trade with limited risk.

The last bastion of bullishness comes in at the 200 week MA (that is the green line).

Lo and behold, the traders in “Bitcoin Land” have been defending that MA stronghold in the month of December. The MA currently comes in at $3236.46. Stay above it and the bulls are holding on to a glimmer of hope.  Crack below and the selling could/should intensify. The sellers continue to pound bitcoin bulls.

I guess it is apropos that 2018 ended the annus horribilis (that is Latin for the year of disaster and misfortune) testing that KEY MA level. After all 2018 closed a whisker from the $20,000 level. 2017 should have therefore closed a whisker from another key milestone level (i.e. the 200 week MA).

We will see, but I get the feeling that 200 week MA – that green line in the chart – might give traders some trading clues.

David Koepsell (YICB 07), Co-founder of Encrypgen, LLC and Blockchain in...