Bitcoin Cash [BCH] built on the bullish momentum in the market, as the coin surged to a price valuation of $162.06. The coin witnessed a significant growth rate of 7.61% over the last 24 hours, against the US dollar. The market capitalization, at press time, was $2.86 billion, and the trading volume recorded over the last 24 hours was around $475 million.

Huobi Global exchange handled the highest amount of trade for the coin and contributed to 6.59% of the collective trading volume, via the trading pair BCH/USDT.

The Bollinger Bands indicator suggested a volatile period for the coin as the lines were diverging from each other.

The Relative Strength Index or RSI indicated that the selling and buying pressures evened each other out in the market.

The MACD line demonstrated a bullish run for the coin as the blue line hovered over the red line. However, the MACD line and signal line remained in close proximity, indicating a probable change in trend. 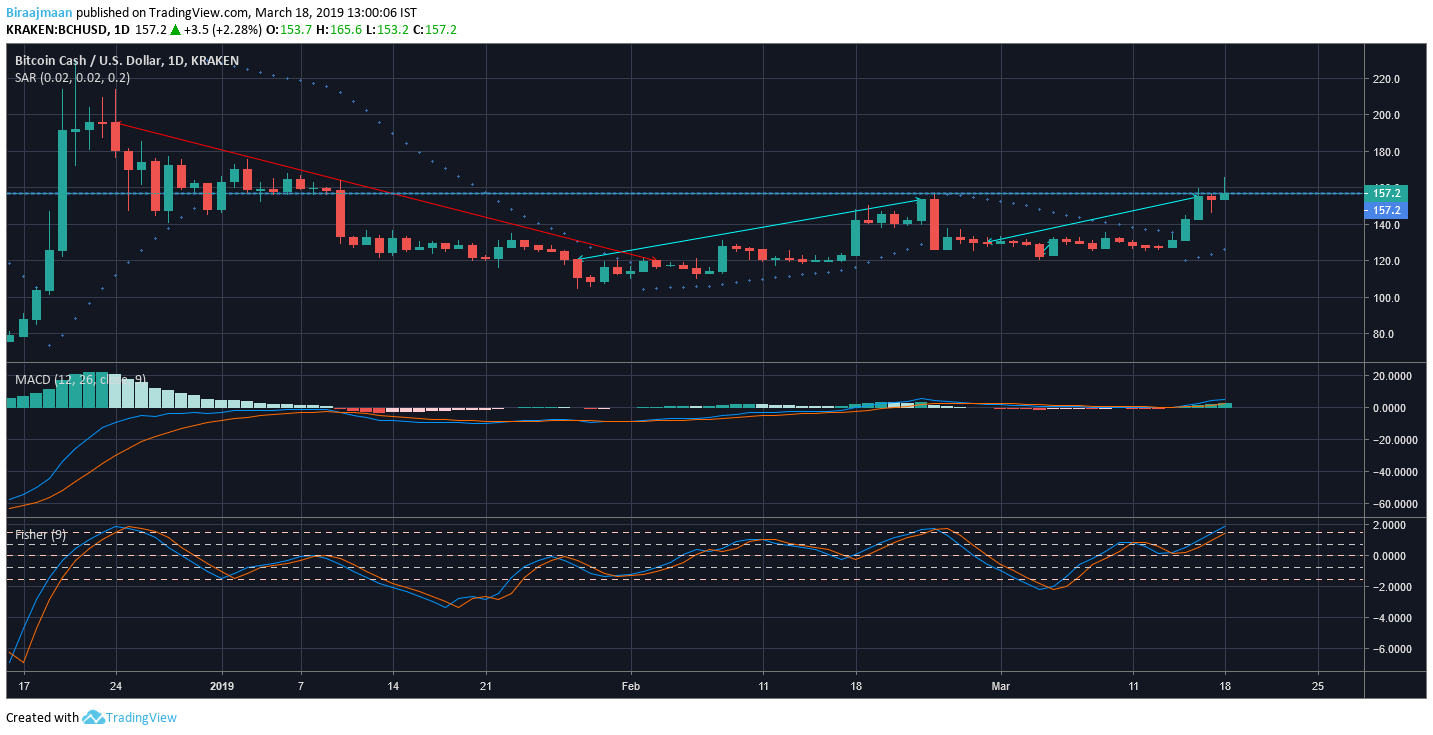 The Parabolic SAR indicated a bullish run as the dotted markers were found under the candlesticks.

The MACD line indicator remained bullish as the blue line was found over the red line in the chart.

The Fisher Transform followed suit, with the indicator giving the upper hand to the bull.

At press time, BCH had consolidated its price valuation in the market, and was set to continue on with its bullish momentum. The long term chart indicated a steady price hike for the coin, as the short term chart remained fairly bullish as well.